Marco Confetti is an Italian drummer, educator, clinician and composer based in Florence, Italy.
Marco started playing drums at a young age and quickly realised that he wanted to make music his life. In 2006 Marco graduated with honours from the Scuderie Capitani Drum Academy, and later he attended the Ferrara Jazz Conservatorium.

In 2009 he opened his own teaching studio, The New Generation Drum School. New Generation quickly became popular for the high level of teaching and personal attention the students would receive. Marco has been a passionate educator for many years and is well known for teaching musical applications to all his students drumming.

During the following years, Marco honed his musical and drumming skills with more than a thousand performances, playing a wide range of musical styles. Marco's solid time and creative groove sense has made him the go to guy for many of Italy's finest musicians including Giacomo Castellano. He also played with international artists like Sting, Paul Gilbert, Anika Nilles, Emmanuelle Caplette and many others.
In 2017 Marco published "Tempo Di Teoria", his first educational book on music theory.

Are you ready to learn? 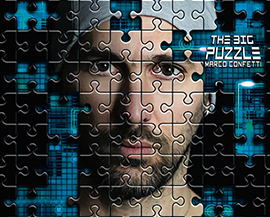